Whether you perspire easily, profusely or both; just in the armpits, or also on the palms, face or elsewehere, there’s hope!. Some people with hyperhidrosis have a certain odor to their sweat; others have an oily discharge. According to basic physiology, the skin is our largest organ, that eliminates toxins, along with the other organs below.

Naturopathic medicine doesn’t treat the skin directly. Rather, we get to the root of the issue.

The primary pathways of elimination include:

The secondary pathways include the:

If the primary pathways of elimination are blocked, then the body will try to eliminate via the secondary pathways. Alternatively, if someone doesn’t perspire, we know that toxins are not being appropriately eliminated. Over time, Naturopathic patients will start perspiring normally.

An example of the toxicity model can be seen with the accumulation of the body’s own hormones that are ineffectively processed by the liver and that can manifest itself as acne. In this way, we see, for example, that almost all skin conditions are a result of the blockage of one the primary routes of elimination. Biotherapeutic drainage can restore the imbalance in the liver both in the cells and outside the cells. The end result would include not only clearing the acne, but addressing the root cause of the problem. Thus, biotherapeutic drainage allows the system to self-regulate and re-establish homeostasis. Conventiionally, hyperhidrosis is treated with botox(R) Botulinum toxin. This can have some side effects, and never addresses the cause of the hyperhidrosis.

Each month, you will receive different gentle remedies that further clear out and normalize the function of your organ systems. You may also receive different nutrient regimens. If you’ve benefitted from antibiotics in the past, we can use natural antibacterial herbs to support your skin as well.In general, patients with excessive perspiration who are recommended naturopathic therapies experience a steady decrease in their symptoms. 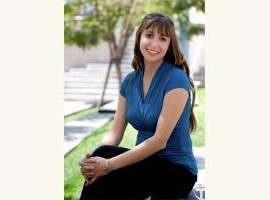 Before our first session, kindly take some time to print & fill out relevant forms.

Do you need to order YOUNGEVITY products like Plant Derived Minerals?

We require a $50 deposit to hold your visit for Naturopathic care. This payment will be applied to your invoice. Our friendly staff will call you once we see you on the schedule.